A look at mystery of Turkey, by Kyna Perry, Ya’lla Tours USA… 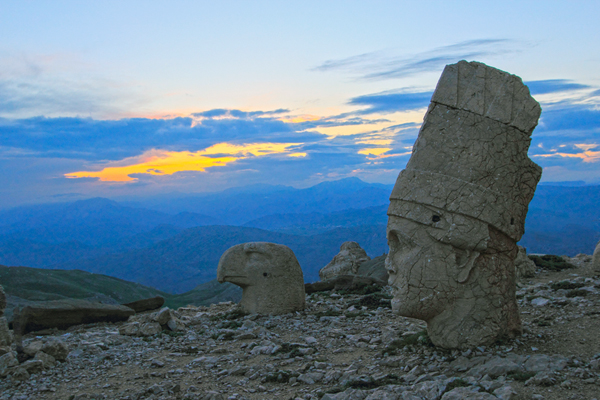 In the 1st century BCE, in what is today the Adiyaman province of south-central Turkey,  the grandiose king of a tiny but rich kingdom built this mortuary temple complex and shrine to the gods 7,000 feet up in the eastern Taurus mountains. Antiochus I was the king and Commagene was the kingdom, a Greek/Armenian/Persian kingdom  in the area between the Taurus mountains, the Euphrates river and Syria after the Greek and Seleucid Empires fell apart and before the Romans took full control.

Visit late May-mid October, July-August if you want to be sure to avoid snow (pretty sure). Whenever you go, dress warmly. Travel from Adiyaman (about 2 hours), Kahta (about 1.5 hours), or the village of Karadut (about 30 minutes). Adiyaman and Kahta have more tourist infrastructure but if you can find a spot in…

A History of the Famously Interesting and Mostly Forgotten

Writer & Traveler with a passion for history, photography & the unusual

Research to be Done

Tales of humour, whimsy and courgettes

The Historical Diaries
The Trading Travelers

Between Heaven and Hell

Global issues, travel, photography & fashion. Drifting across the globe; the world is my oyster, my oyster through a lens.

Godspeed To A Mighty Balloon

The Art and Craft of Blogging